N6935 - IH
Ajouter aux favoris
Diapason therapeutique - Assortment brain tuner-6 tuning forks The Brain Tuner set is composed of 6 tuning forks. Among them, only one GAMMA, recreates a cerebral wave in the audible range. It is weighted, resembles the 32 Hz: it is the tuning fork Gamma 40 Hz. The other 5 tuning forks are not ballasted. Even if individual, they emit audible frequencies, combined in pairs, they create infrasonic frequencies, sought after for brain waves, creating them heterodyne. Principle of action The pitch 40 Hz, reproduces one of Gamma waves (Gamma waves between 30 and 80 Hz.) Note: the 32 Hz tuning fork is a Gamma. For other waves, the tuning forks also reproduce them, thanks to the principle of interference or heterodyne beat, as explained in the book of Emmanuel Comte: The Sound of Vibrations, in chap. 6. To use the tuning forks of the Brain Tuner set, the Do-C, 256 Hz tuning fork, called "Fundamental" (with the abbreviated letters "FUND" at the base of the tuning fork) Hand, in the same way as when applying the C & G tuning forks, the tuning fork ALPHA 266 Hz. It will be activated at the same time as the 256 Hz FUND, and simultaneously approached the other ear, thus creating a kind of hum, having a frequency of 10 Hz, by combining the 2 frequencies 266 and 256 Hz (266-256 Hz = 10 Hz), as explained above. In this case, therefore, the FUND 256 Hz tuning fork, in conjunction with the ALPHA tuning fork, is used in the same way as with a C & G set, with a tuning fork per ear, used at the same time to replace the tuning fork G Sol 384 Hz, by the ALPHA tuning fork, in this example. Same procedure for the tuning fork THET Theta: 262 Hz, 262-256 = 6 Hz. Same for the DELTA tuning fork Delta: 259 Hz. 256-259 = 3 Hz. The same applies to the Beta, which is used at the end of the session to allow the person to "come back": 271 Hz. 271 - 256 = 15 Hz. Principle of 2 x 128 Hz The Gamma tuning fork reproduces the frequency of 40 Hz by itself. It is a weighted tuning fork that resembles the 32 Hz. We recommend to apply 2 identical, one to each ear, as used with 2 x 128, 2 x 64 or 2 x 32 Hz. ✚ Delivered with protective cover in navy blue velvet. Disclaimer: The above information is provided by the manufacturer and is given for information purposes only. PICK & BOCH MUSIQUE declines any responsibility for the therapeutic use that can be made of this musical tool. Complete your order with a suitable mallet, a tuning fork, a work on Sonology or a CD of Sonotherapy.
Voir les infos complémentaires 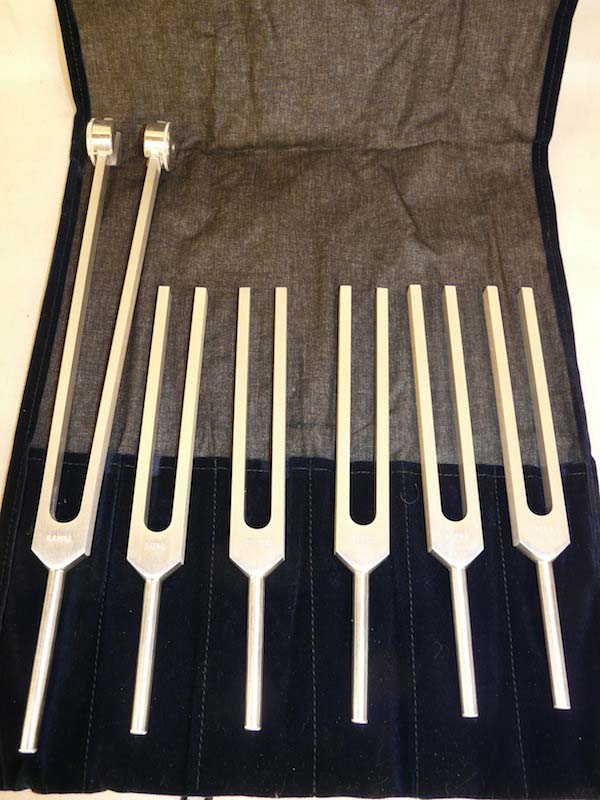 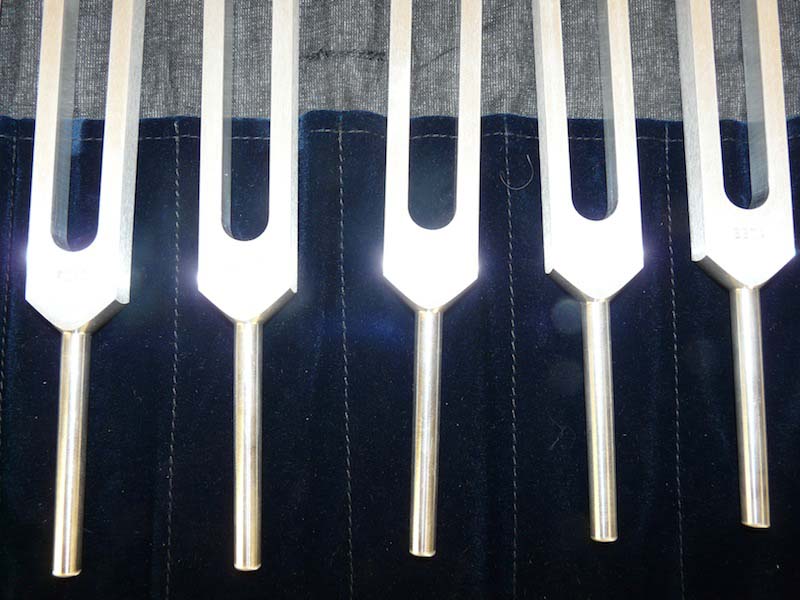