The Pipa is a traditional Chinese plucked string instrument from the lute family. Its name comes from "pi" and "pa" which designate the two main playing techniques of this instrument. The origin of the Pipa dates back to the 2nd century BC, and it is the ancestor of the Japanese Biwa.

The Pipa is a flattened pear-shaped lute. It is equipped with 4 nylon-wound steel strings, regulated by 4 large wooden pegs. It has a total of 30 frets (including 6 on the neck) which allow chromatic play.

It is generally held vertically on the knees, this position giving more freedom to the musician to use the innumerable playing techniques. It is played with tabs fixed on the fingertips.

The Pipa is used solo or in modern Chinese orchestras. It is tuned in La-Ré-Mi-La (from bass to treble) and covers 3 and a half octaves. Its clear, bright and melodious sound is also very expressive and can play both soft and pleasant songs as well as dramatic battle scenes. 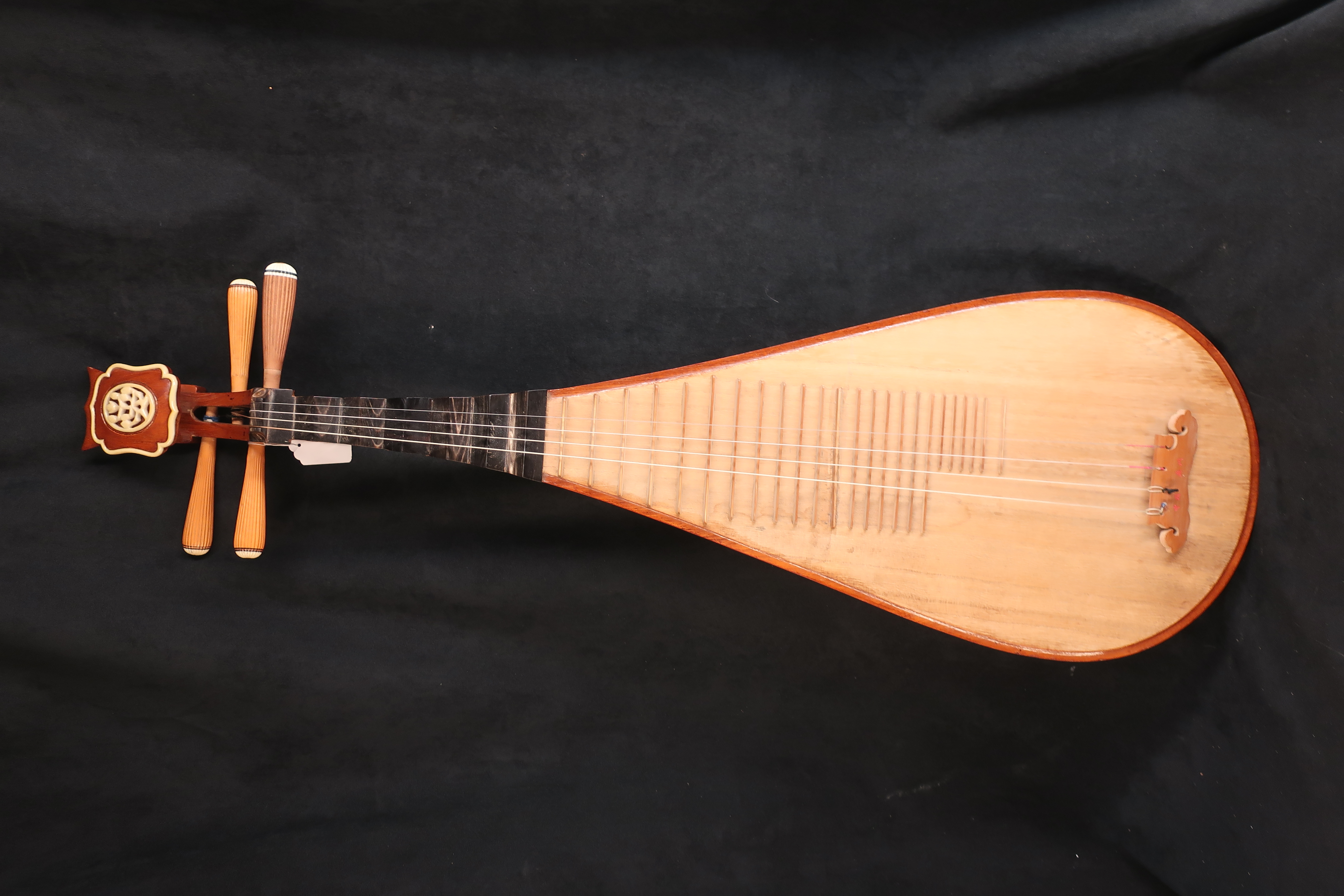 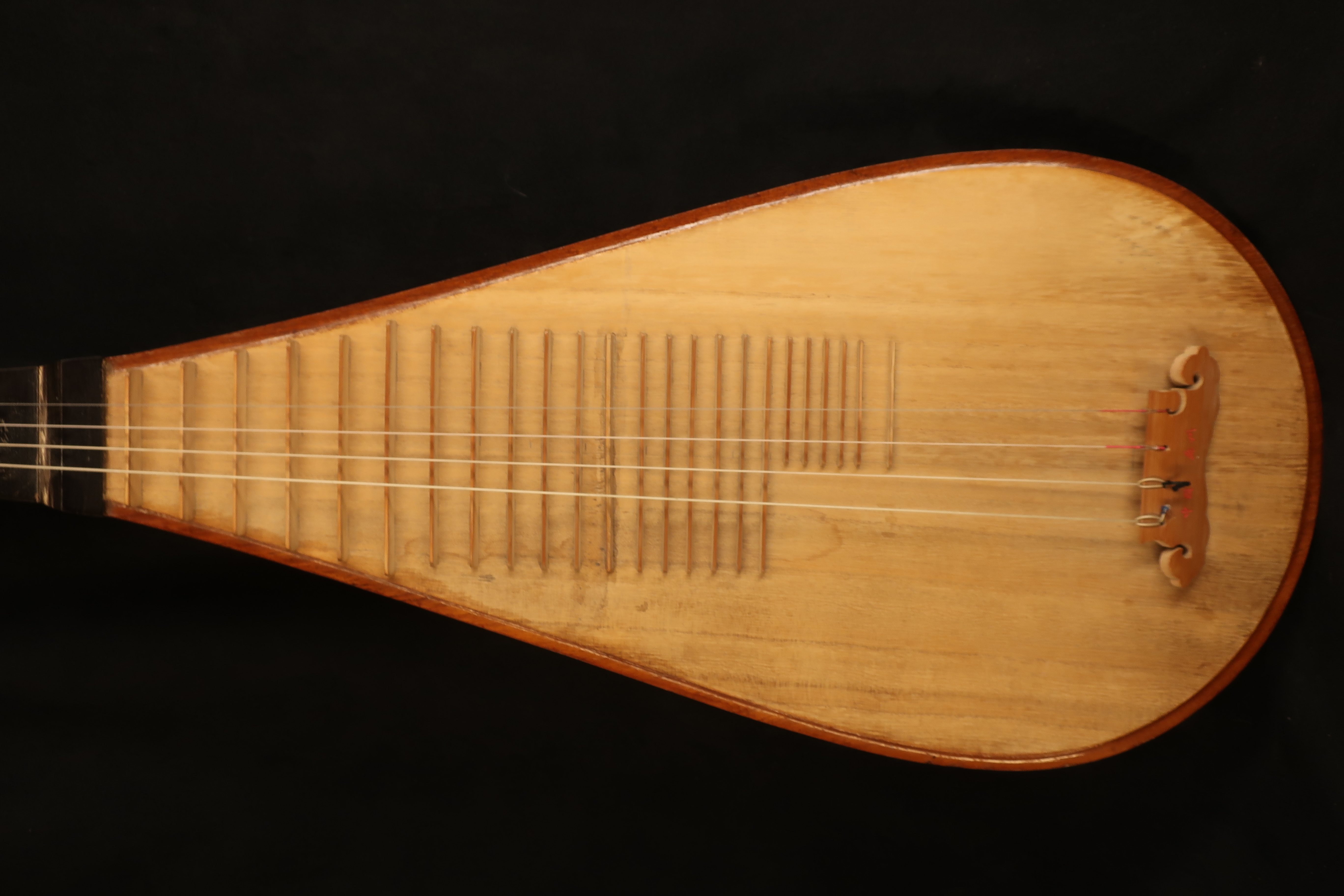 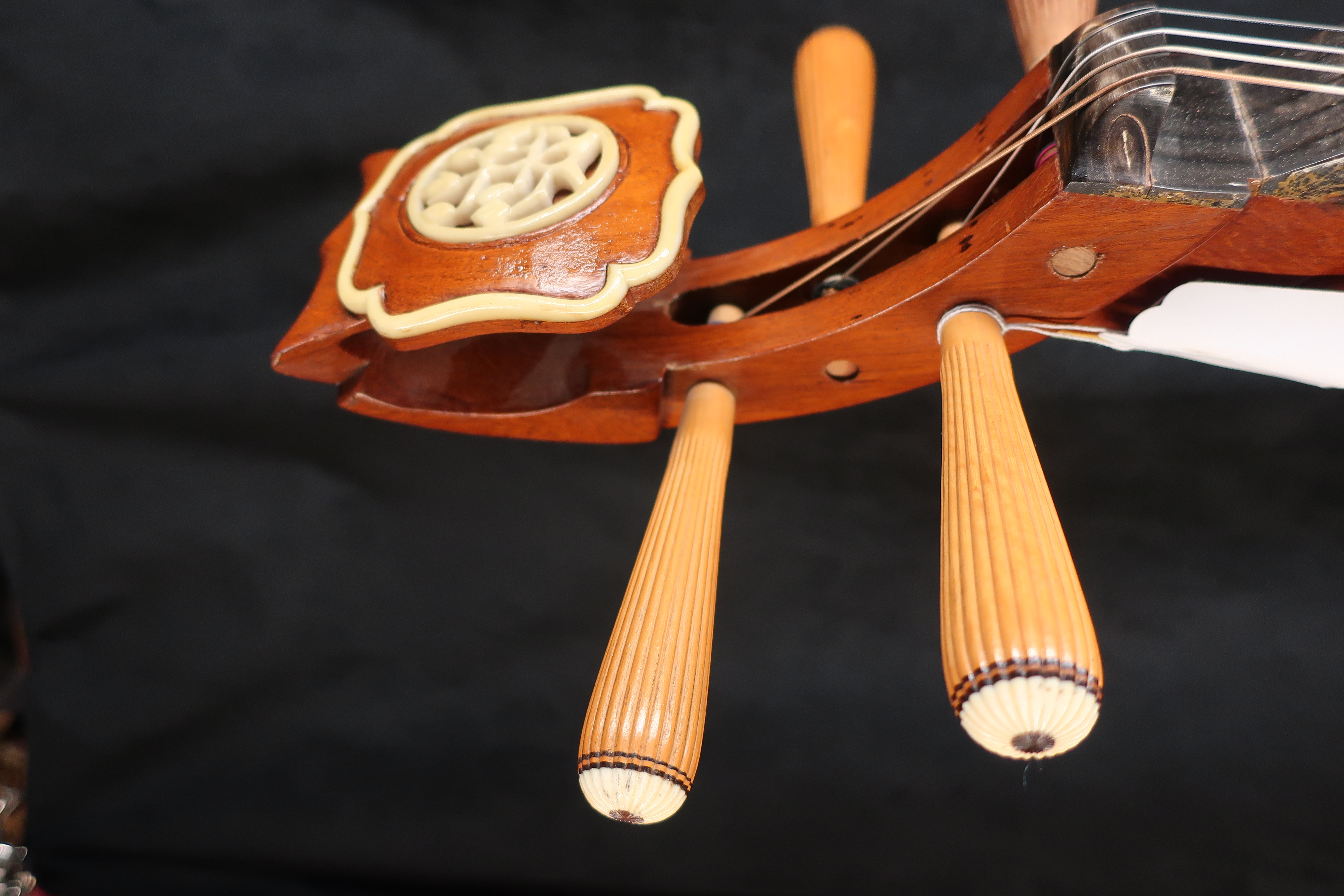 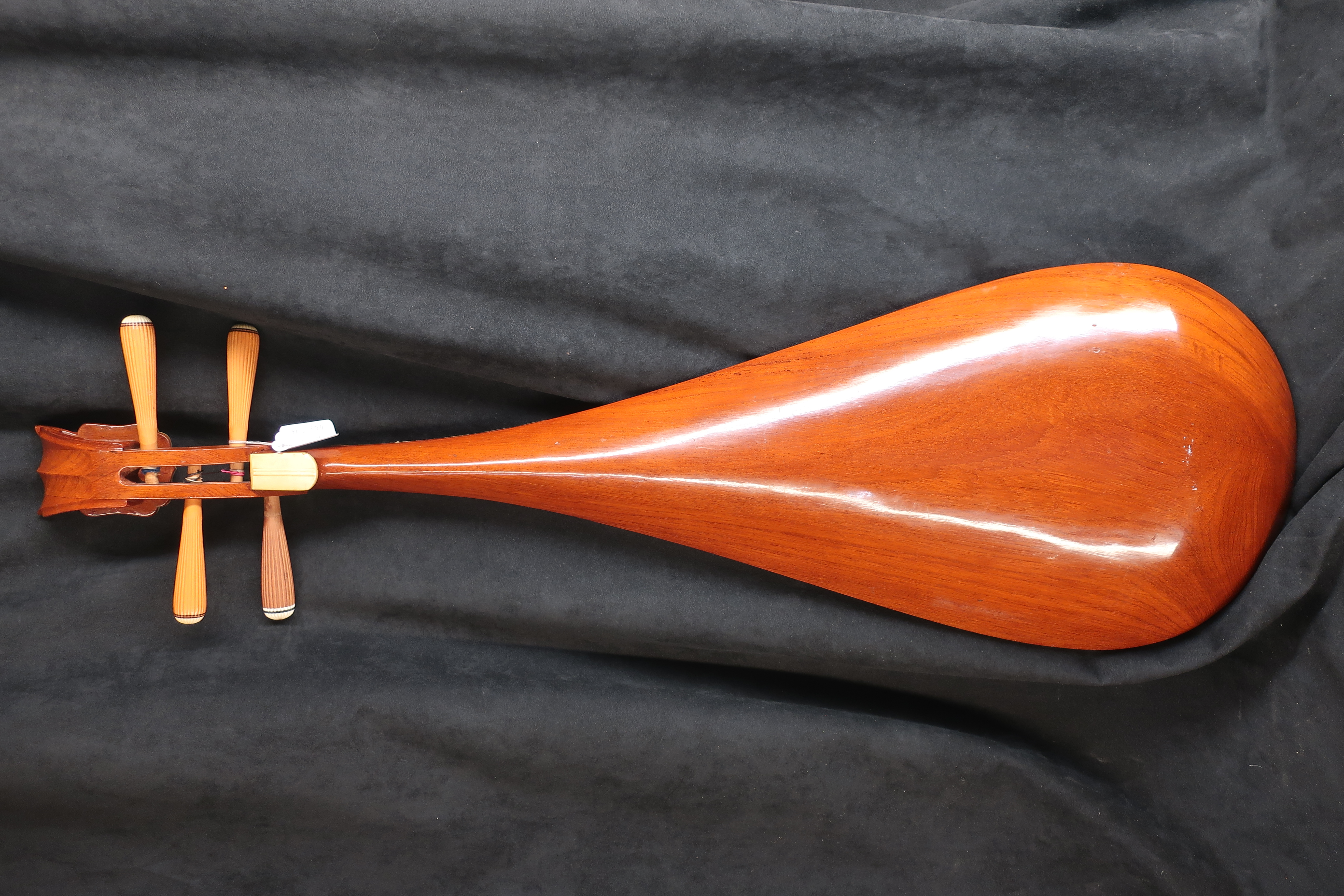 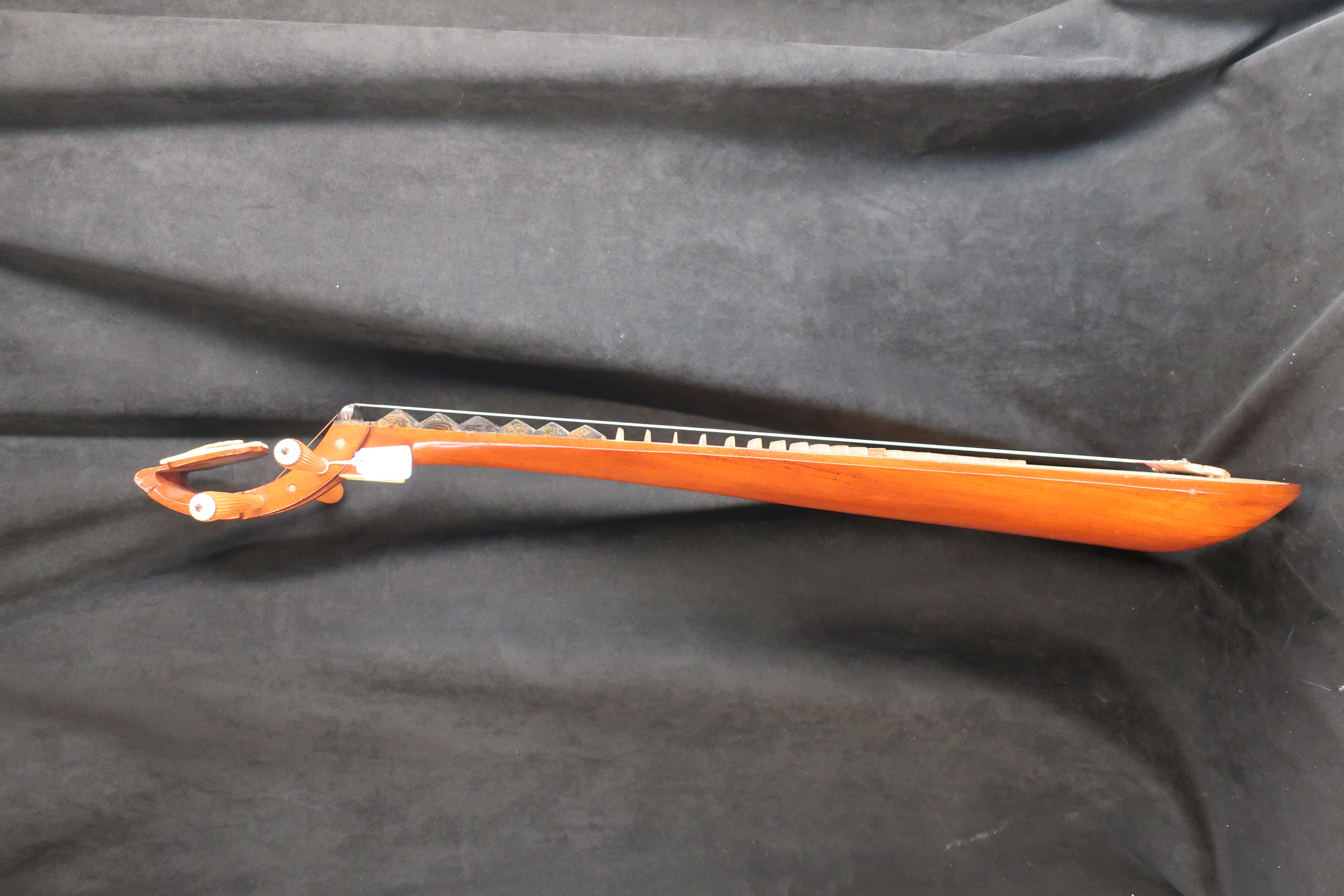